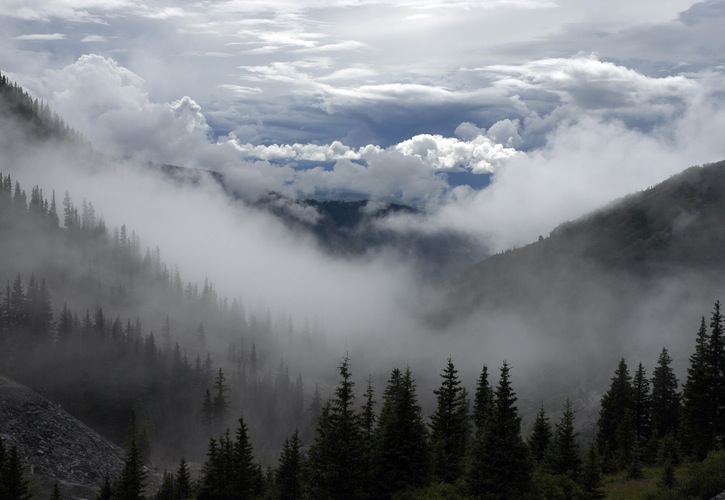 If Twin Peaks were pitched today, the short version would be: Parks and Recreation meets The X-Files. The movie executive would not greenlight this project because it is, and was, an awful idea.

(Full Disclosure: I did not see this series when it was originally released, but on Netflix over several months from 2014-2015. This might affect the experience. People I know and respect liked this show.)

Twin peaks is the worst type of entertainment. It is creative enough to make you think that it might eventually be good, but never is. There are a couple interesting characters, including the lead – a relentlessly cheerful FBI agent and an Army general who is deeply philosophical and wise in even the most casual conversation.

Unfortunately, these are scattered among many characters more absurd than interesting and a shockingly large number of pure clichés (the distressed girlfriend of victim, the jerk boyfriend, the bad-boy love triangle interest, the low-life criminal suspect, and more). These clichés command a large amount of screen time, and their dialogue is every bit as interminable as the daytime soaps and pre-teen novels they try to parody.

In the beginning, you think it must be some sort of parody, and that the show might eventually get good at it. When you start to realize the show is taking itself seriously, you get that gut-wrenching cringe of empathetic embarrassment that comes from viewing the art of the middle-aged who started the activity much too late in their lives.

The main thread for the first season plus two episodes is the death of Laura Palmer. But on this thin thread a multitude of plot threads hang. These threads do not weave a coherent narrative tapestry, but tangle in a giant narrative hairball. What passes for a plot is just the collected, individual efforts of a middle-school creative writing class, stapled together. The action jerks from one red herring to another, each more ridiculous than the last, until it all collapses in a supernatural alien apocalypse and beauty pageant (I am not joking).

There is one aspect of Twin Peaks uncontaminated by positive characteristics, purely horrific in ways words can’t describe: the musical score. The best way to understand the music is to listen to that joke piano concerto made of classical endings to other pieces that goes on forever. Similarly, the musical score to Twin Peaks plays on the listener’s expectation of what music should sound like to create an experience increasingly unbearable until you are screaming at the TV for it to stop.

Twin Peaks consistently fills the screen with an array of attractive women, but with the internet, even that raison d’être ceases to be. They are planning a remake of Twin Peaks under the Hollywood philosophy that the idea doesn’t have to be good as long as it is not original. Consternation followed David Lynch leaving the remake. I cannot comprehend why this is bad, given he was heavily involved in the original. I think a remake is fitting. Since originality was the singularly good thing you could say about Twin Peaks, it can finally be destroyed in a metaphysical implosion of irony.